Research into the War Memorial of Dowsby, Bourne, Lincolnshire

The following soldiers lost their lives in the Great War 1914-1918 and appear on a memorial in St Andrew’s Church in Dowsby. 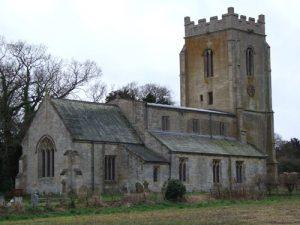 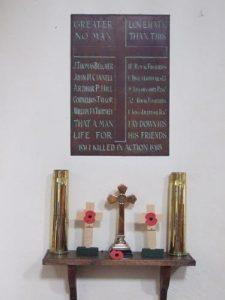 GREATER LOVE HATH NO MAN THAN THIS.

THAT A MAN LAY DOWN HIS LIFE FOR HIS FRIENDS

Dowsby Church also has a grave maintained by the Commonwealth War Graves Commission of an airman who was killed in a flying accident in the Second World War.

As part of the memorials the parishioners of Dowsby also placed a new clock in the village church installed in 1921. The officials of the church at that time being the Reverend H.S. Chesshire with wardens A.W. Dean and J.R. Holmes. 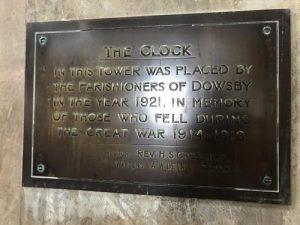 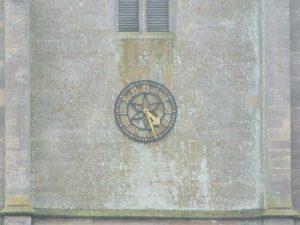